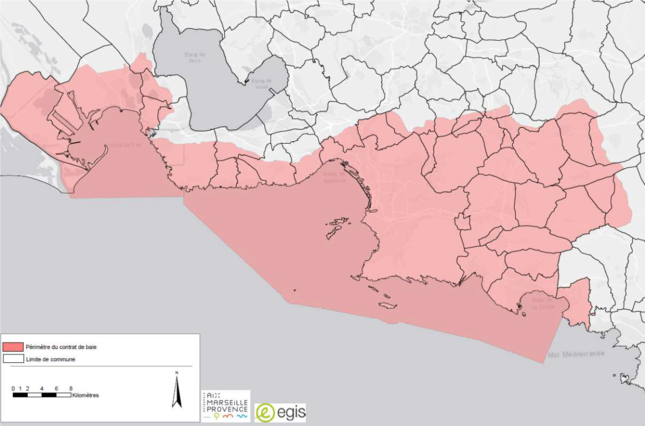 The Bay contract enters its second phase with an enlarged perimeter. The extension of Bay's contract to the Gulf of Fos was approved at the last Bay committee on July 9th.

As a reminder, the official signing of the Bay Contract on October 29th, 2015 marks the launch of phase 1. In 2017, the Metropolis deliberated for the extension of the Bay Contract to the municipalities of the Gulf of Fos. After the development and validation of the diagnosis and the action program by the Steering Committee (March 2019), the inter-federation decree incorporating the representatives of the Gulf of Fos was modified in the following.

As a matter of fact, Bay contract members also discussed the mid-term review. To date, three quarters of the actions planned in 2015 have been completed or are in progress.

To consider the extension of the Contract to the Gulf of Fos and update the actions on the old perimeter, the action program has been revised.

The partners also made financial commitments for an overall estimated amount of € 144.4 million for phase two, divided as follows:

For the second phase, there will be two main challenges:

For the next steps, several official presentations and sending’s to the administrations, like Regional Water Agency (AERCM) and Inter-Services Mission of Water and Nature (MISEN), are planned. The deliberation of the Metropole will take place at the end of 2019.

All news
Back to top